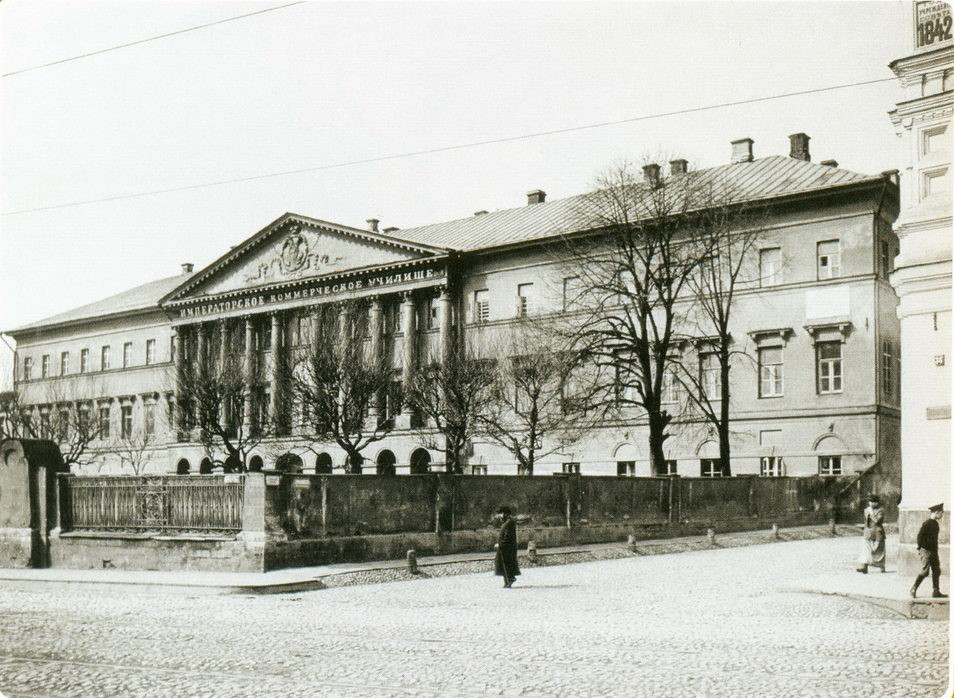 1939: The Institute moves into the building of 38, Ostozhenka Street (then – Metrostroyevskaya Street). Between 1808 and 1917, the building had housed the Moscow Imperial Commercial School.

1941: The Institute's building becomes the headquarters of the Frunzenskaya 5th Division of civilian militia to help defend Moscow against the Nazi invasion. Most of the division died in the trenches, others fought valiantly throughout the war. Their memory was later commemorated with a memorial wall and a monument in front of the University building.

1942: The Faculty of Translators and Interpreters is set up to meet the needs of the front. After the end of WWII, a number of teachers and students of the Institute are sent to work as translators and interpreters at the Nuremberg and Tokyo Trials.

1980: On its 50th anniversary, the Maurice Thorez Moscow State Institute of Foreign Languages is decorated with the order of People’s Friendship for outstanding achievement in research and in the training of highly skilled specialists.

1990: The Institute becomes the Moscow State Linguistic University. A number of new non-linguistic degrees are instituted.

2000: MSLU becomes the hub institution for the study of languages and cultures of CIS countries.

2007: MSLU reconsecrates the church of St. Mary Magdalene, Equal to the Apostles, first established by the Imperial Commercial School in 1817, and restored by the MSLU administration and the Moscow Municipal Department of Cultural Heritage.

2019: MSLU resumes a relationship with the United Nations Organisation by signing, on June 24th, a Memorandum of Understanding (MoU), under which the two parties will jointly prepare candidates for taking the UN language competitive examinations.

Today, the University teaches 36 languages. More than 75% of its teaching staff have advanced academic degrees. The University annually publishes an average of 200 research monographs, manuals and textbooks for Russian schools, colleges and universities. MSLU academics have developed unique teaching and research tools (Lingua, Glossa, Spectrum 121, Signal-InYaz, Intonograph, and others) for which they have received prizes, medals and patents at international exhibitions at home and abroad. The University maintains partnership relations with 94 leading universities in 35 countries, thus providing opportunities for international student exchanges and dual degrees.

MSLU is a focus institution for language and culture studies.

MSLU is involved in international educational projects together with the following organisations:

MSLU is a member of: